Are Microsoft Ads (formerly Bing) Worth It? Yes, Don’t Ignore Them! -

Get tips, knowledge and news straight from the experts.

Roughly 40% of the clients Digital Position starts working with don’t have a Microsoft Ads account. Some don’t even think they need Microsoft Ads management. Yet, Microsoft Ads runs ads on search engines that command roughly 9% market share (including Yahoo).

There is a reason we “Google” things and we’re not “asking Jeeves” anymore. With 3.5 billion daily searches, Google has cemented itself as the number one search engine with long-term staying power. But lurking just behind the humongous Google shadow is Microsoft Ads and you might be surprised to know just how powerful they can be.

If you’ve got a successful Google Ads account driving profitable revenue for you, why not get a nice little extra boost by largely replicating that success onto another platform?

While the two platforms share a lot of features and for the most part many successes from Google can also be successful on Microsoft Ads, that’s not always the case. Here are some key differences you need to know going in:

In our portfolio, roughly 67% or 2/3 of the spend in Microsoft Ads is on desktop. This is in contrast to Google, where we see roughly 52% of our spend on desktop. Google has more market share on mobile devices, and thus, expect your Microsoft Ads campaigns to be more desktop heavy.

We’re seeing roughly 40% of the traffic coming from Microsoft Ads using Microsoft Edge or Internet Explorer (yikes). This is largely because on Windows machines these browsers have been the default browser. Windows machines hound you about using Edge: If you’re going to run a heavy Microsoft Ads push, make sure you’ve got your website functioning well on these browsers. Nothing worse than sending paid traffic to a broken experience!

Microsoft Ads’ audience tends to skew older with the main audience being 55+. This obviously means bad things for Microsoft long-term, but for right now from a marketing perspective it’s actually a good thing to know. If you’re selling something to an older audience, Microsoft Ads actually might perform much better for you than Google!

So Why Microsoft Ads?

You might be surprised to hear these statistics about Microsoft (source). Remember that although 9% sounds small, it’s still a heck of a lot of people:

The average Microsoft Search Network user spends 30% more online shopping from their desktop computers than average internet searchers. This extra buying power is nice, as a lot of older, higher income, and IT employees tend to use the search engine.

Remember the 40% metric from the beginning of this article? Yup, 40% of our new clients don’t even have a Microsoft Ads account. Thus, we find CPC’s are typically cheaper in Microsoft Ads than Google Ads. See the table below from a study done by Wordstream: While not ALL industries are significantly cheaper, there’s definitely some opportunity being missed by companies especially in the B2B and the e-commerce realm which are absolutely massive.

Microsoft Ads’ import tool isn’t great, there’s a bunch of bugs that make it infuriating. However, if you know the bugs and you import via the editor instead of the interface, you can work out the kinks before you publish. This is typically how we start, and then we manage Microsoft Ads to it’s unique performance metrics. Be careful of lazy agencies who just duplicate the campaigns and then ignore your Microsoft Ads altogether.

All in all, Microsoft Ads should use a similar structure as your Google Ads campaigns making them fairly easy to manage overall. For most clients, it’s just free incremental growth sitting there. However, don’t let your agency neglect them which happens all too frequently. Get proper Microsoft Ads management from us and we’ll show you how it’s done! 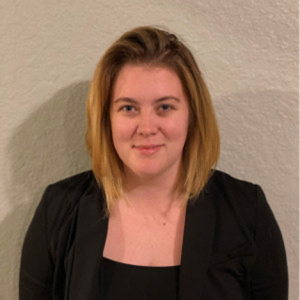 Kaylee came to the Digital Position team at the start of 2020. She brings a love for marketing strategy and a desire to see businesses grow. Her prior experience in the competitive Automotive Marketing niche has given her the ability to find creative solutions to tough problems. During her personal time Kaylee enjoys tennis, hiking with her two dogs or taking advantage of her Florida resident status at the local theme parks.

Stay in the loop.

Enter your email below to stay up to date with Digital Position tips, articles, and news.

* We will not spam you! We limit ourselves to a frequency of one email per month with a wrap-up of posts for the month.

Get a free, customized proposal to see if we're a good fit for your business. We're ready when you are!